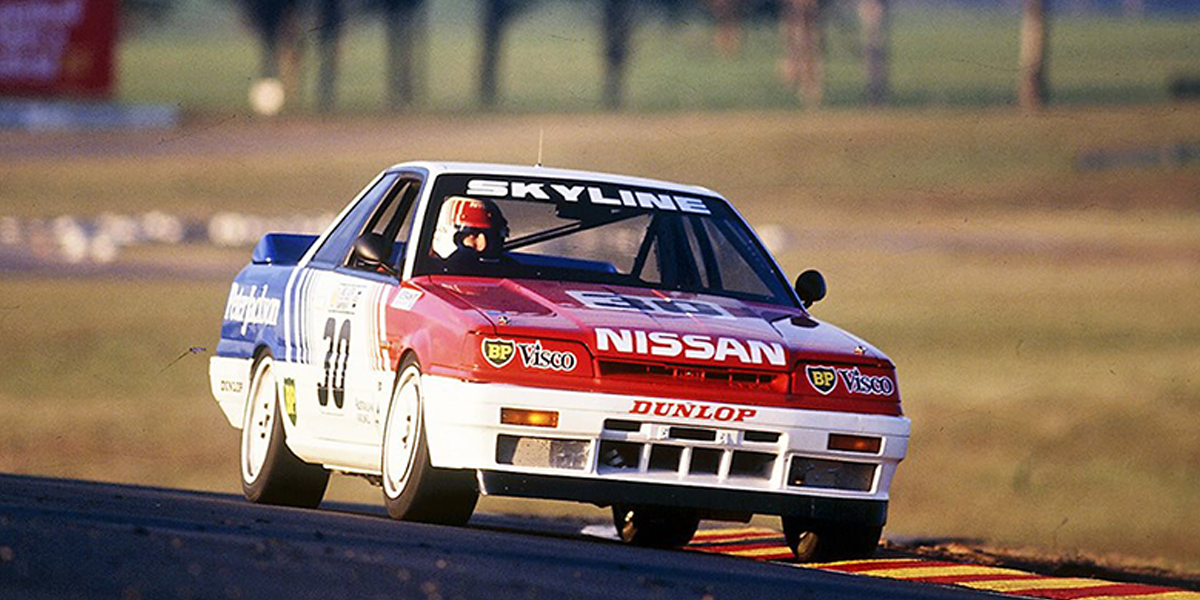 Equipped with a five-speed gearbox, it shared similar chassis architecture to the DR30 with MacPherson strut front and semi-trailing arm rear suspension 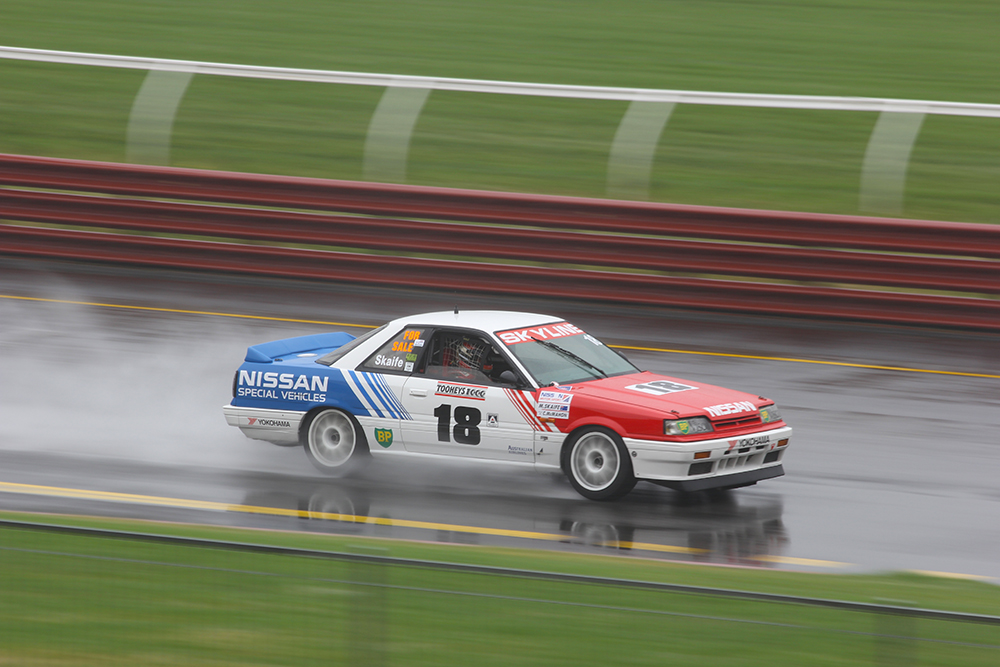 “The HR31 didn’t have the biggest horsepower, it didn’t have anything special really, but it was just incredibly consistent,” said Fred Gibson reflecting on the car that played a decisive role in claiming Nissan’s first Australian Touring Car Championship in 1990 after nearly a decade of trying.

‘Whatever we qualified at and whatever time the car would do on the first lap it would do on the last lap and that’s where the HR31 was a real hero act. When the other cars particularly the Ford Sierras started to destroy their rear tyres and fall away, our cars just kept hanging in there.”

Whatever we qualified at and whatever time the car would do on the first lap it would do on the last lap and that’s where the HR31 was a real hero act. When the other cars particularly the Ford Sierras started to destroy their rear tyres and fall away, our cars just kept hanging in there.”

The HR31 GTS-R Skyline was Nissan’s second Group A warrior, which in 1988 had replaced the DR30 Skyline that Gibson Motor Sport had campaigned with considerable success since 1986.

Although the turbocharged 2.0 litre DOHC four cylinder DR30 (a hot coupe derivative of the R30 sedan) had been in contention to win the ATCC in 1986 and ‘87, it had narrowly missed out on both occasions.

The HR31 GTS-R with its purposeful-looking front and rear spoilers was a hot coupe derivative of the then latest R31 sedan. Launched in August 1987, it was built primarily as a homologation special to qualify for Group A racing with only 800 being produced.

Its homologated minimum weight for Group A competition was 1100 kg just like the turbocharged Cosworth-powered Ford Sierra RS500. However, as the Skyline was a heavier car, the best GMS could achieve was 1160 kg – 60 kg more than the Sierra which also had oodles more power.

In its first season of Australian touring car racing in 1988, the GTS-R failed to impress. Its late arrival meant it missed the first four rounds of the ATCC followed by a string of technical failures.

The Gibson team’s troubles were exemplified at Bathurst that year, when Nissan young gun Glenn Seton suffering a high speed crash at the pre-race media day. Then both cars dropped out of the race within 18 laps - one with a blown gearbox and the other with a cooked engine after it threw a fanbelt.

In 1989, with those early failures behind them, Gibson signed top gun Jim Richards as his lead driver, who immediately impressed with his speed and consistency. However, the HR31s were still not a match for the all-conquering Sierras which finished 1-2-3 in the ATCC and 1-2 at Bathurst.

Even so, the works Nissans were getting stronger. George Fury, in his last year with the team, used his renowned rally driving skills to win a wet and wild ATCC round at Winton. Richards and his rising apprentice Mark Skaife also won the Sandown 500 endurance race, after many of the Sierra teams suffered a myriad of problems.

Although Nissan’s surprise Sandown win shortened their odds of winning Bathurst, Fred Gibson’s men had to be content with their two cars finishing third and fourth and a lap behind the winning Johnson/Bowe Sierra which blew everyone into the weeds that year.

So after two seasons of taking a back seat to the all-conquering Ford Cosworth Sierra RS500s, Gibson Motor Sport’s prayers were finally answered in 1990 with the HR31’s much anticipated replacement – the awesome R32 GT-R.

Among the Japanese super coupe’s implausible specifications was a larger capacity engine with not one but two turbochargers, plus a six-speed gearbox and all-wheel drive with electronic torque split between front and rear wheels.

Unfortunately for Nissan, the complexity of the GT-R caused considerable delays in its construction and pre-race preparations, which postponed its debut until the fifth round of the 1990 ATCC.

This fateful timing left the Japanese manufacture with no choice but to soldier on with the HR31 into a third ATCC season and try to salvage as many points as they could until the GT-R was ready.